In addition to stocking up, system builders use a number of strategies for dealing with the shortage of components.

When flooding hit Thailand last fall, John Kistler faced a component challenge. Owner of system builder J&B Technologies Ltd., in Maryland Heights, Mo., Kistler was told by his suppliers that hard drives were going to be scarce. Heeding their warning, he took action. "We went shopping and we stocked up on drives," Kistler says. He amassed 300 or so to be used against a system build rate of somewhat more than half that a month.

Jon Bach, president of Auburn, Wash.-based Puget Systems, followed a similar strategy. Upon learning of the shortage, he balanced his drive consumption rate against the duration of the shortfall, which was expected to be a few months. At the time, he was certain that prices were going up and he didn’t want to buy too many drives at what could end up being the peak. "We bought about a three-month supply and we knew that might not have been enough," Bach says.

For both system builders, stockpiling was only one tactic used. Two others involved appropriate pricing and customer communication. As a result, some customers put off buys. Others opted to pay a premium to get drives in systems immediately. Still, others turned to secondhand or solid-state drives, thereby limping along until the shortage eased.

After the flooding, hard drive prices spiked, doubling or more for popular sizes. They are now headed back down, driven along, in part, by speculators dumping drives they snatched up hoping to make a profit. The shortage has also eased as undamaged factories ramped up production and repairs were made to the flooded ones. Repurposing old drives, technology substitutes, demand destruction, and inventory in the supply chain have also helped. 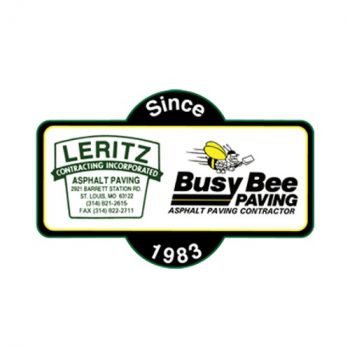 That's why I have you, so that I don't have to concern myself with any of these problems

This tale illustrates three key points that system builders should keep in mind when planning for component shortages, says Pamela Gordon, president of Technology Forecasters Inc., an Alameda, Calif.-based company that does supply chain and environmental research and consulting. The first is visibility into exactly where, and from what factories, components come. Second is the need for a credible emergency response plan from suppliers. That ties into the third: a good relationship with a trusted supplier. This can be particularly important if something is silently wreaking havoc with the supply and pricing of components, such as a major system builder stealthily exiting the market.

So what is the suitable response of a trusted supplier? "To know that if there is something hidden, something that is not as obvious as an explosion or a flood or an earthquake, that your supplier will advise you within X number of hours and start executing their disaster preparedness plan," Gordon says.

This relationship is easier to achieve when rough equality exists, she adds. For example, an extremely large supplier may not pay much attention to a very small system builder. Thus, if possible, it’s best to choose a supplier somewhat equal in size to a system builder. Having a supplier nearby can also be a benefit.

Such relationships and the planning for component shortages may become even more important in the future, says Harvey Stone, an environmental consultant who’s worked with electronics manufacturers. He spoke of upcoming supply chain problems in a presentation at a technology association meeting last October.

Author of Melting Down, a recently published climate disaster novel, Stone predicts some rough skies ahead in the real world. The upcoming period of extreme turbulence for small electronics manufacturers arises from natural disasters, as well as political, economic, and financial dangers, he says.

Stone advises developing a risk profile of suppliers by looking at where they are located. Shift away from those in high-risk areas and look for multiple sources, he recommends. Finally, rethink the just-in-time concept that dominates the supply chain. Speaking of one option, Stone says, "I would start to warehouse some parts, the critical ones, in case there’s some sort of disruption. Then at least I’ve got some inventory to work with."