Will Netbooks 2.0 Have Staying Power?

If the new netbooks stick around, it will likely be as a platform for marketing other services.

Will netbooks, the sequel, do better than the original? A number of Windows PC suppliers are betting the answer is yes, launching systems that retail for as low as $199.

Some think the new wave of netbooks will not fade away like the first did. Dan Olds, principal analyst with Gabriel Consulting Group Inc., says version 1.0 netbooks were too expensive and limited in functionality since they were intended primarily for content consumption.

The latest netbooks, in contrast, cost less, starting at a shade under $200. They have 11- to 14-inch screens, offer multitasking, provide gigabytes of memory and storage, and allow for some content creation. In fact, they have big enough screens and sufficient computing power to run Adobe Photoshop, although not always snappily.

“They’ve got the form factor right and I think they have the ergonomics correct,” says Olds. “I’m hearing that the performance on them is fine. It’s what you’d expect out of a budget PC.” Of course, the makers of the first netbooks also thought they had a recipe consumers would find appealing. So the future of today’s netbooks is far from certain.

Joshua Liberman, president of Albuquerque, N.M.-based system builder Net Sciences Inc., thinks the new netbooks may have a limited appeal and lifetime. On the limited appeal front, tablets and large-screen phones are well suited for content consumption, he says. Key reasons for a short time on the technology stage are ongoing hardware advances found in new devices and the imminent deployment of one version of Windows to rule them all. “They will become overrun by the onslaught of Windows 8/10 tablets, and once that market opens up, lower-cost convertibles,” Liberman predicts of the new crop of netbooks.

Brad Thompson, president of technology and solutions supplier Digital Spyders of Las Vegas, is also in the camp that doesn’t see a long life for the new netbooks. He bases this assessment, in part, on what was at CES 2015. “That form factor is rapidly on the decline into more slate-based systems with detachable keyboards, and using other operating systems,” Thompson says. 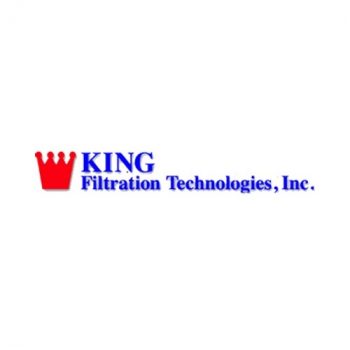 I REALLY appreciate Bob and Tony understanding the importance of getting that dB server back online and staying up thru the night to make it happen.

If the latest netbooks don’t go the way of the dodo, they may turn into a source of revenue. John Kistler, president, and CEO at system builder J&B Technologies Ltd. in Maryland Heights, Mo., says this won’t happen from hardware sales. The margin on a sub-$200 netbook is perhaps a few dollars, notes Kistler. He adds, however, that a high-end tablet can actually cost more and won’t come with a keypad.

What inexpensive netbook hardware may do is provide a platform to market other services or content. “They’re trying again, I think in earnest, to come up with a way to give you a cheap piece of equipment to capture some other service,” Kistler says of the new netbooks.

It may be that netbooks 2.0 will find its way into business applications. Olds argues that this may happen because people like the Windows desktop experience. Supplying that requires a keyboard, a fairly large screen, and other factors that together add up to something that looks a lot like the current netbooks.

There is also an emerging technology that could play a role in fostering business-related deployment. New virtualization implementations allow inexpensive systems to mimic what more powerful—and more costly—systems do by hosting most of the workload on servers. All that’s exchanged between the local and remote system is the equivalent of a video stream.

This means that netbooks could take the place of more fully-featured systems that are purchased today for content creation. All that would be needed would be a netbook with a large enough display, the necessary local computing horsepower, and fast enough connectivity.

In discussing this new technology and why it could drive netbook usage, Olds says, “It enables desktop virtualization for power users.”