Memory Will Be Made of This 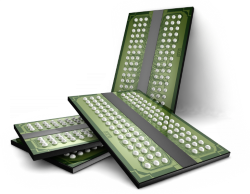 When discussing computer memory built to the new DDR4 standard, John David Kistler, president and CEO of system builder J&B Technologies Ltd. of Maryland Heights, Mo., mentions the higher data rates allowed by the new technology. He also talks of the lower power consumption compared with the current DDR3 chips. “It's a Ferrari that gets twice the mileage,” he says.

DDR4 is the fourth generation of double data rate, or DDR, memory. DDR1 arrived in 2000, with succeeding generations following at about four-year intervals. The latest standard features a different pin layout, pin assignment, and signaling protocols than its predecessors. Consequently, it requires a new motherboard and supporting chips.

What it offers is more speed for less power. In September 2012, the JEDEC Solid State Technology Association, the group responsible for memory chip specs, noted that the initial DDR4 per-pin data rate would range from 1.6 to 3.2 giga-transfers per second. That compares with 0.8 to 2.1 for DDR3. The speed increase will translate into faster systems since the memory will be better able to meet processor data demands.

The new chips will initially run at 1.2 volts, instead of the 1.5 of standard DDR3, so power consumption will be reduced by 20 percent. There is a low-power DDR3 option, but an anticipated low-power DDR4 version, again, should consume about 20 percent less. The drop in power could yield various add-on benefits. Data centers, for instance, may be able to get by with less cooling, and laptops, tablets, and anything else that runs on a battery should last longer between charges.

Despite DDR4 memory being fast and more energy-efficient, J&B Technologies is not planning to roll out any products with it soon. In part, that's to avoid being on the risky and expensive leading edge of technology, Kistler readily acknowledges. Once DDR4 becomes mainstream, though, he expects to switch over to it.

That will come with the arrival of new motherboards and new processors, he predicts. The cost of different memory technology will then resemble the current landscape. It's still possible today to buy DDR1 and DDR2 memory, but DDR3 is the least expensive. In the future, Kistler expects DDR4 will be the lowest-cost option.

Determining when that might happen involves a bit of guesswork. For their part, memory makers are ready. Micron Technology Inc., for example, can handle prototyping today and volume soon after. “Samples are available now,” says Kris Kido, business development director for computing devices at the Boise, Idaho-based company. “We are capable of being production-ready this year.” 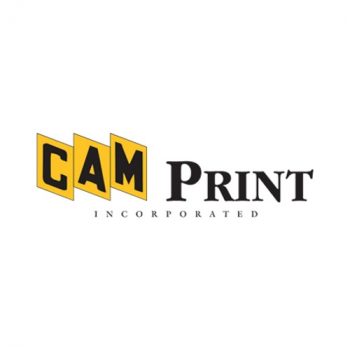 With the “Fixed Forever” Program they offer, it’s more than piece of mind, it’s the confidence that your computer will be repaired in a timely and professional manner. They go the extra mile to recommend how to improve the performance of your computer and care about you as a customer.

END_OF_DOCUMENT_TOKEN_TO_BE_REPLACED

The gating item to the deployment of the new memory is likely to be motherboards and chips from processor kingpin Intel Corp. The Santa Clara, Calif.-based company typically times it so a new processor, motherboard, and supporting chips all arrive roughly simultaneously.

Reportedly, Intel's next new microprocessor design due out by mid-2013 will include support for DDR4 in its enterprise and server variant. Other unofficial reports have standard processor support for the new memory spec appearing in 2015. So applications demanding more performance might begin to use DDR4 memory late this year or early next, with widespread adoption starting in 2015.

This sequence aligns with Intel's expected development roadmap. Since 2007 the company has done a microprocessor architecture change one year, followed by a process feature size reduction the next. This alternating advance then repeats. If past trends hold, this year and 2015 should see the debut of new microarchitectures. Hence, they are likely points to insert support for a new type of memory.

Intel won't confirm this timing, however. The chipmaker isn't divulging much beyond its backing for DDR4 memory. “We aren't disclosing details of future platforms at this time, but Intel will support emerging industry-standard memory technologies as always,” says Dan Bingham, marketing director for the PC client group at Intel.

Jim Handy, director of chip industry and technology tracker Objective Analysis, notes that with regard to the upcoming transition to the new technology, high-end servers should be the first to go, since they need greater performance and can support paying a premium for it.

After that, less performance-sensitive systems will make the switch. All consumers, aside from hardcore gamers, and many business users fall into this camp. The entire process of DDR4 memory moving from a cutting-edge product into mainstream use won't take long, Handy predicts. As he says, “The transition from being a new product to being the cheapest product, that takes less than a year.”